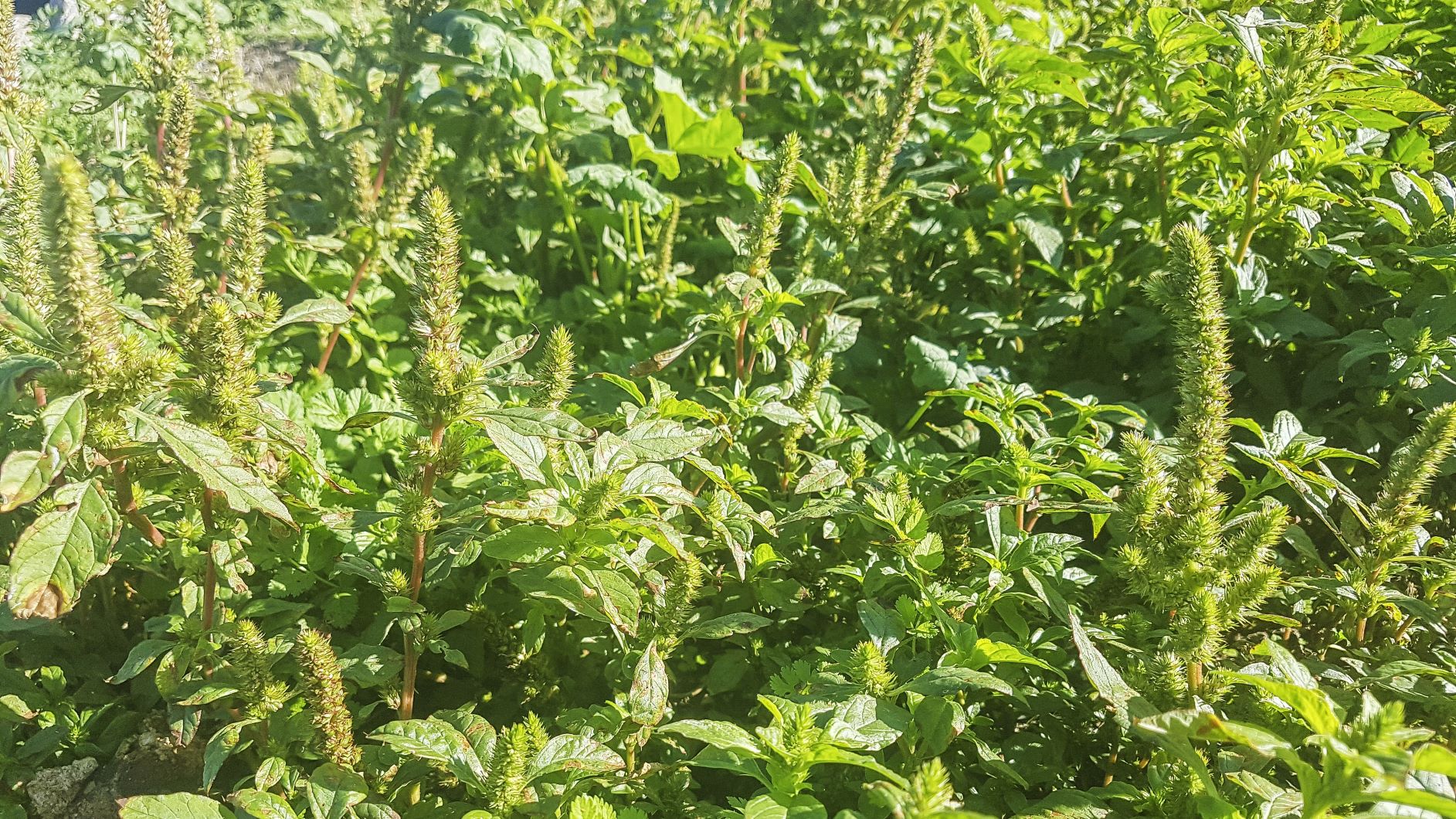 Palmer amaranth (Amaranthus palmeri) is an aggressive broadleaved weed that has become a severe problem in crops such as cotton, maize and soybeans across the US.  Twenty-five years ago, it was a minor weed of little concern, but today some call it the world’s worst weed.

Palmer amaranth’s notoriety is due to the over-use of a declining number of herbicides that farmers rely on for weed control.

This has resulted in less susceptible and more competitive weed species coming to dominate the weed flora (known as ‘weed shifts’) and the rise of herbicide resistant populations.

Herbicide resistant Palmer amaranth has been known for 30 years, but new populations have established and spread with frightening speed. Seeds are spread by birds and small mammals, and by farm equipment.  In 2005, less than ten years after the introduction of glyphosate tolerant crops, the first cases of glyphosate resistant Palmer amaranth were noted.

Some populations are resistant to glyphosate and as many as four other herbicide modes of action.  As these include the synthetic auxins (e.g. 2,4-D and dicamba), which have recently been introduced in new GM herbicide tolerant crop systems to fight glyphosate resistance, this is particularly worrying (see table).

A survey of more than 500 fields in 10 states in 2016 showed that 77% of the populations of Palmer amaranth or the related waterhemp (Amaranthus tuberculatus) were resistant to glyphosate (Bissonnette, 2017).

Palmer amaranth is also called pigweed, which hints at how difficult it is to control once populations have established.  In Oklahoma, for each Palmer amaranth plant in 9.1 m2 of cotton, yield was reduced between 6 and 12% (Rowland et al. 1999).

As a species with the super-efficient C4 photosynthetic pathway, it grows fast, smothering the crop.  Plants can grow 2 m tall, branching to produce up to nearly half a million seeds. Failing to control Palmer amaranth has disastrous consequences.

The solution lies in integrated weed management, using a sustainable approach, including chemical and non-chemical methods. Herbicides with new modes of action will be critical to successfully controlling Palmer amaranth.  This would have the additional benefit of retaining the option to use glyphosate to control perennial weeds, where in the past it has been unsurpassed.