Necessity is the mother of innovation 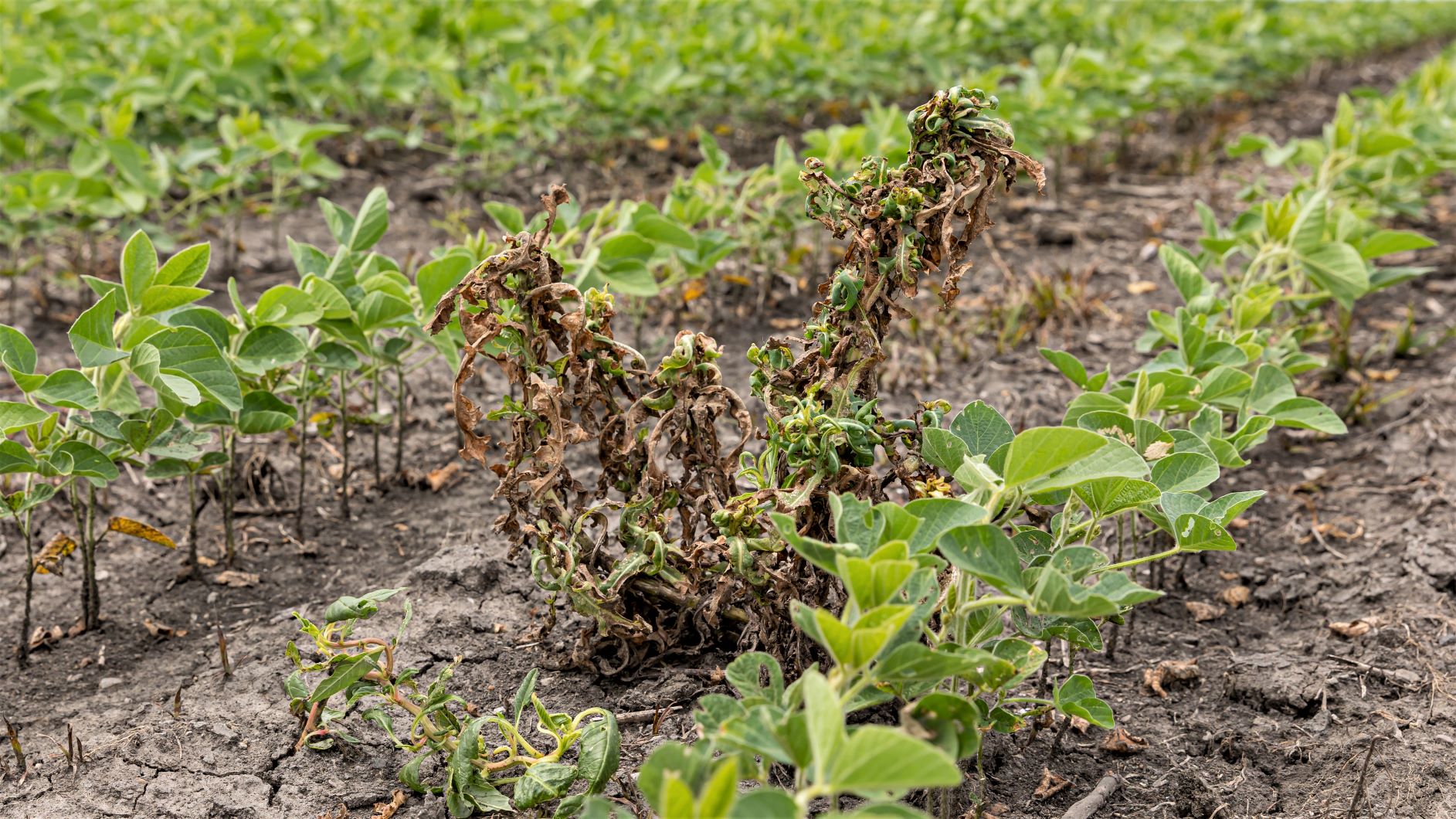 At last, after more than thirty years, herbicide active ingredients with new modes of action are in the pipeline.  The growing problem of resistant weeds has driven more research effort, which is now showing signs of success.

Inhibitors of serine-threonine protein phosphatase (STPP) are in Group 31.  The only member is endothal.  This type of enzyme is involved in shaping proteins to allow correct functionality.

Inhibitors of solanesyl diphosphate synthase (SDS) are in Group 32, which includes only aclonifen; and Group 33, inhibitors of homogentisate solanesyltransferase (HST), contains the new molecule cyclopyrimorate.  Many important herbicides have modes of action related to SDS and HST, which interfere with the utilisation of light energy in photosynthesis.

These new modes of action are reviewed below with a focus on new active ingredients and herbicide products in development pipelines.

Originally introduced by Shell in 1981 as a rice herbicide, cinmethylin is a pre-emergence herbicide with a new lease of life.3,4 FAT inhibitors disrupt the development and function of cell membranes preventing germination.  BASF have trademarked the name Luximo for cinmethylin and it is being relaunched for use in cereals, targeting resistant grass weeds.  A herbicide product is on the market in Australia for pre-emergence control of annual ryegrass (Lolium rigidum) at 375 g ai /ha.  European launches are planned from 2021, targeting blackgrass (Alopecurus myosuroides).

Cinmethylin controls other important grasses, such as green foxtail (Setaria viridis) and barnyardgrass (Echinochloa crus-galli) and suppresses the growth of several broadleaved weeds such as prickly sida (Sida spinosa) and velvetleaf (Abutilon theophrasti).

The other member of this group is methiozolin.  Methiozolin controls annual bluegrass (Poa annua) post-emergence in cool and warm season turfgrasses.5 Launched in 2010 in S. Korea, it is being developed as a golf course herbicide in the USA, Japan, and Australia.  Methiozolin also has pre-emergence activity, providing residual control of annual bluegrass, crabgrass (Digitaria spp.) and goosegrass (Eleucine indica).

Endothal is a contact herbicide developed in the early 1950s for a variety of minor uses including crop desiccation and aquatic weed control.  It controls annual weeds in broadleaved crops such as sugar beet and also in turf.  Its mode of action was only discovered in the past decade.6  The symptomology of endothal is similar to chilling injury.  Treatment results in membrane disruption and severe growth inhibition.  It is registered in the US, but not in the EU.

Aclonifen is another pre-emergence herbicide from the 1980s.  Its nitrophenyl ether chemistry is similar to many other herbicides from that era, which are ‘contact and burn’ PPO inhibitors.  However, aclonifen gives a bleaching symptomology and the target enzyme SDS is involved in carotenoid biosynthesis.  The mode of action was finally revealed in early 2020.7  Bayer CropScience is marketing aclonifen as a linuron replacement, branded as Emerger, to control broadleaved weeds and some grasses in potatoes and vegetables.  It is registered in the EU until 2022.  However, it is a Candidate for Substitution.  Member State regulatory authorities should not approve aclonifen products if alternatives are available.

Mitsui’s cyclopyrimorate also has bleaching symptomology but was found to reduce the level of plastoquinone involved in electron transport in photosynthesis7.  A rice product is expected to be launched in Japan this year targeting weeds resistant to sulfonylureas (ALS inhibitors).8

This is an enzyme key to providing pyrimidine nucleotides for the biosynthesis of DNA and RNA.  Tetflupyrolimet is an aryl pyrrolidinone anilide herbicide with this mode of action.  FMC are planning first sales in 2023 with a product for controlling grass weeds in rice.9

Other promising new modes of action

Other new modes of action reported recently, but with no known herbicide active ingredients yet in development, are:2,10

3-Dehydroquinate synthase (DQS) is an enzyme in the shikimate pathway, upstream of the enzyme inhibited by glyphosate.  Some post-emergence activity of an inhibitor applied at high rates has been observed.

Dihydrofolate reductase (DHFR) has an essential role in the synthesis of DNA and some amino acids.  The old herbicide asulam inhibits an enzyme upstream in the same pathway.  Also a target for pharmaceuticals, some anti-malarial drugs have been found to be herbicidal.

Dihydroxy-acid dehydratase (DHAD) is inhibited by aspterric acid, a natural product with weak herbicidal activity.  A herbicide-resistant form of DHAD has been found in the organism producing aspterric acid.

DNA gyrases have a poorly understood function in cell replication.  The natural product ciprofloxin and analogues showing promising herbicidal activity have been tested at the University of Western Australia and found to interfere with these enzymes.

Imadazoleglycerol phosphate dehydratase (IGPD) inhibitors involved in the biosynthesis of histidine have been studied by Syngenta.  These are analogues of glyphosate that do not inhibit EPSPS.

Peptide deformylase, involved in protein synthesis, is inhibited by actinonin, a metabolite of soil actinomycetes.  Symptoms on weeds treated with actinonin include bleaching, stunting and necrosis.

BASF have reported a new class of isoxazolopyridines. These are translocated post-emergence herbicides controlling broadleaved weeds in monocot crops.  The mode of action has not yet been determined but appears to affect carbohydrate metabolism.

As new modes of action come to the fore, optimism is definitely growing that new solutions to control resistant weeds are on the way.