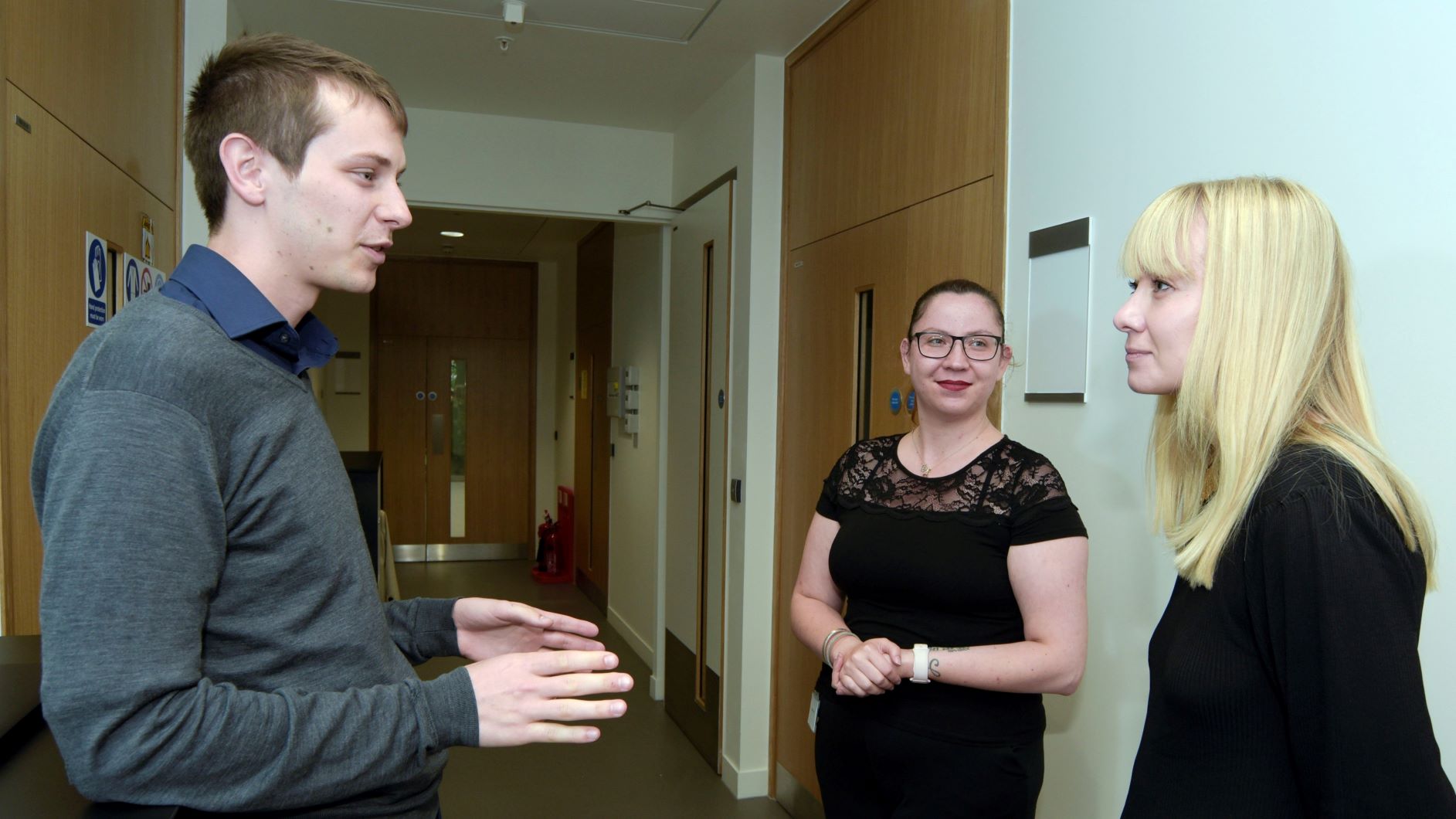 Baroness Nicola Blackwood, UK Parliamentary Under Secretary of State for Innovation, met the moa team when she officially opened the Oxford BioEscalator.

moa's facilities are based in the BioEscalator, which is a new innovation centre for high-potential, early-stage companies, strategically located on Oxford University’s Old Road Campus.

The BioEscalator provides facilities for bioscience start-ups.  It also acts as a hub for the University and the region, hosting events aimed at increasing collaboration within the wider innovation ecosystem.

Claire Shingler, Business Manager of the BioEscalator, said that “The official opening was a great event for everyone to come together and celebrate the success of the BioEscalator so far.  We were delighted that Baroness Blackwood could meet some of our tenants, including moa."

Dr Clément Champion, Chief Scientific Officer at moa, explained to the Minister how the company’s technology is focused on the urgent need to find and commercialise herbicides with new modes of action.  He highlighted the threat to global food security posed by herbicide resistant weeds.  Baroness Blackwood and her party then had a chance to see moa's new laboratories that house the company’s innovative herbicide discovery platforms based on cutting-edge plant physiology and genomics.

During the launch event, Baroness Blackwood said: “It is completely clear how brilliant the BioEscalator is going to be for incubating innovation. Its modular and scalable approach, and its opportunities for cross-fertilisation, are clearly going to prove invaluable.”