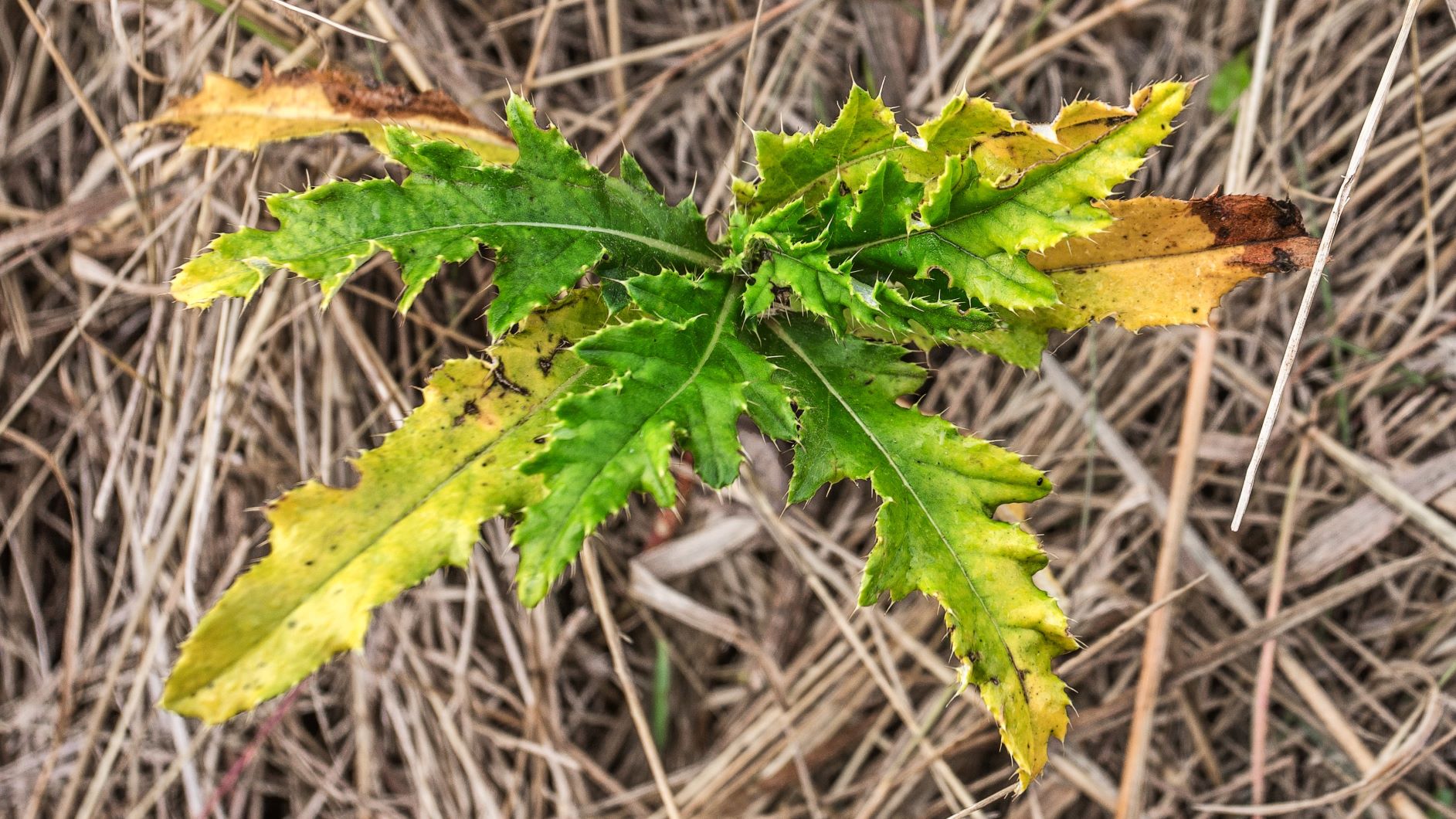 The fundamental effect herbicides have on plant biochemistry is called the mode of action.  After spraying, weeds are controlled by a cascade of biochemical events that generate various symptoms of abnormal growth and development.

The primary mode of action results in many secondary effects.  Plants may be stunted or twisted; loss of green chlorophyll will cause leaves to yellow, sometimes exposing reddish pigments; and finally, leaves desiccate, ending all competition with crop plants.

Some other herbicides act in the soil to stop weed seeds germinating successfully, so that plants never establish to compete with the crop.  These pre-emergence herbicides may be absorbed by the first roots of germinating seeds or by the shoots as they emerge from the soil.

Overall, these collections of symptoms and the time course over which they appear are usually very characteristic of a mode of action.  However, elucidating the mode of action per se can be challenging.

It is rare that all plants, crops and weeds, are affected to the same degree by a given mode of action and this gives scope for different uses, e.g. in different crops.  These genetic differences in susceptibility are also the basis of weed resistance.

Knowledge of mode of action indicates safety, use pattern and resistant weed control

Understanding mode of action is helpful.  It can indicate whether a herbicide is likely to be safe to humans, wildlife and to the environment.  It can also provide clues as to effective ways of using a herbicide, for example, application to the soil before sowing or later when weeds are actively growing in the young crop; whether it will control mainly grass weeds, mainly broadleaved weeds, or both; if it will act quickly or slowly; and whether it will be safe (selective) to certain types of crops. However, sometimes new active ingredients from a given mode of action can be found with new use patterns.

These days, the most important reason for knowing the mode of action is because of resistant weeds.  To control them, or to avoid resistance becoming a problem in future, farmers need to be able to select from herbicides with different modes of action.

A range of traditional modes of action have been used

Some of the most important types of herbicide mode of action are shown in the table1.

About 25 modes of action have been used commercially.  The exact number depends on the classification system used2,3, but the most widely used herbicides come from only a few modes of action.  These are the examples shown in the table.  Researching some modes of action has resulted in tens of commercial herbicides, like the ALS enzyme inhibitors, which have been the source of several classes of chemistry, notably the sulfonylureas.  Others have resulted in a single herbicide, like glyphosate, an inhibitor of the enzyme EPSP synthase.

Herbicides that act via photosynthesis are faster acting, especially if they cause the generation of ‘free radicals’, which destroy cell membranes and cause rapid desiccation.  This happens faster in bright sunlight.  However, overcast skies can result in ultimately better weed control because these herbicides can then penetrate deeper into plants before they start to desiccate.  Photosynthetic inhibitors do not control perennial weeds well.

New modes of action have become very hard to find using conventional approaches.  Over-reliance on just a few modes of action has caused weeds to become resistant. The classic examples are the sulfonylureas and glyphosate, which inhibit enzymes making various amino acids, the building blocks of proteins.

In conclusion, new herbicide modes of action need to be brought to market for farmers to sustainably control resistant weeds.